In a battle between China and the U.S. over global leadership, American diplomats and aid officials cited U.S. funding of the World Health Organization as key and relied heavily on the agency for help. When Trump cut its funding, he upended all that. by Yeganeh Torbati

And Trump’s campaign upended weeks of partnership between his own administration and the WHO, which provides advice and support for health officials in developing countries. The U.S. Agency for International Development had chosen to funnel much of its pandemic response through the WHO.

Even as they dealt with the fallout of Trump’s decision to cut off WHO funding, his administration leaned on it for expert advice.

“Given the political dynamics, I do not recommend reference to WHO here or below,” wrote one U.S. Agency for International Development career official in a comment on a draft report about how emergency funding would be spent. “Recommend deleting.”

The April 10 comment on the document prompted a rebuttal a few days later from another career official, one of many who argued that the WHO’s role in the health crisis should not be caught up in a political spat.

“It’s actually important to reference WHO standards during this type of emergency pandemic response – even with current political dynamics,” wrote the official, who argued for leaving in the mention of the WHO. It’s unclear which wording made it into the final version of the document.

The exchange was just one example of the angst that spread throughout USAID as it became clear that Trump would follow through with his April 10 threat to cut off WHO funding, and it was indicative of efforts by officials to downplay the role of an important public health partner. Just a few days later, on Tuesday, Trump paused all U.S. funding for the WHO, upending crucial plans for containing the virus in developing countries and bolstering China’s narrative that it is stepping into the traditional U.S. role of global leader.

Interviews with current and former U.S. officials and the internal documents and communications show that despite Trump’s recent disparagement of the WHO, his administration was for weeks relying heavily on its expertise and global reach to fight the pandemic. And in a public relations battle between China and the U.S. over global leadership, American diplomats and aid officials have cited robust U.S. funding of the WHO as a key supporting argument.

The WHO’s expertise is a critical resource for developing countries that lack their own strong public health sectors, said Jeremy Konyndyk, a former USAID official during the Obama administration. Cutting the WHO out of funding means the U.S. is eliminating its own ability to control the pandemic in those countries, he said.

“If you want to try and fight a public health crisis in a developing country without the WHO, you are lost from the outset,” Konyndyk said.

Particularly in conflict zones where the U.S. has limited or no reach, such as Syria, Yemen and Libya, working with the WHO is crucial, one U.S. official said on the condition of anonymity.

Just one day after Trump’s announcement, on Wednesday, WHO staff held a presentation for USAID’s Global Health Bureau on health care in conflict settings, according to a description of the meeting seen by ProPublica.

USAID and the White House did not respond to requests for comment.

A State Department spokesperson said the halt to WHO funding “in no way diminishes U.S. leadership on global health matters, including the current COVID crisis. We have ample ability to provide aid ourselves or through other partners to fight the pandemic, and we will continue to do so.” The spokesperson declined to be named.

The WHO referred ProPublica to comments on Wednesday by its director general, Dr. Tedros Adhanom Ghebreyesus, saying that his organization hopes the U.S. will continue to be a “generous friend” and that his agency “works to improve the health of many of the world’s poorest and most vulnerable people.”

The State Department and USAID turned to the WHO soon after the agencies received nearly $1.3 billion in new funding from Congress to address the pandemic in March. That funding had few strings attached, meaning officials could disburse it largely as they saw fit and did not have to channel it through the WHO or any other specific entity.

In a March memo outlining the administration’s global pandemic response, obtained by ProPublica, officials wrote that the U.S. would work “in close coordination with” the WHO. Several strategy elements mentioned the WHO.

In a March 31 public statement, the State Department highlighted U.S. assistance to the WHO, boasting that the agency’s “broad-based effort would not be possible without U.S. support.” The statement made repeated swipes at China, comparing U.S. funding of multilateral organizations to China’s much lower contributions.

That view was also reflected in an internal document dated April 13 and titled “Countering People’s Republic of China (PRC) Propaganda on Health and Humanitarian Aid.” It cited “critical support” from the U.S. to “the World Health Organization, UNICEF, the World Food Program and dozens of other organizations.”

Internal State Department guidance sent in early April, with diplomatic talking points about U.S. assistance, encouraged “Ministries of Health to reach out to the local WHO representative and other local partners to inquire about laboratory test kits, reagents, and supplies, laboratory supplies, and test kit availability in your region.”

The guidance also served as an endorsement of the WHO’s unique capabilities. “WHO uses existing agreements and its vast network of procurement mechanisms to purchase tests on behalf of countries that cannot afford them,” it said.

The U.S. quickly funneled nearly $700,000 each to Morocco and Iraq via the WHO last month. In response to a White House query this week, USAID officials compiled information on several grants they had made to the WHO that were supporting coronavirus relief and detection efforts in South Africa, India, Angola and elsewhere, according to a spreadsheet seen by ProPublica.

U.S. officials working on the response said they now worry about how they can help countries if they can’t channel the assistance via the WHO.

“For several countries, the WHO is the only way we can help them,” one official said. “We know nothing about anyone else who’s operating there.”

The significant U.S. reliance on the WHO in the Middle East prompted officials in the State Department’s Bureau of Near Eastern Affairs to write a memo to Secretary of State Mike Pompeo warning of the consequences of a funding halt. The memo, a draft version of which was seen by ProPublica, warned of undermining the global response to the pandemic, threatening American lives, and ceding ground to China.

Indeed, Trump officials have been preoccupied with the idea that China is winning the global PR battle. On Thursday morning, White House, State Department, USAID and Pentagon officials held a conference call to discuss the issue, focusing on the Middle East. Several diplomats in the region said that talking points against China gain little traction in their countries, according to someone with knowledge of the call.

Privately, USAID officials acknowledge that China is well ahead of the U.S. in pushing the narrative that it is the leading humanitarian actor responding to the pandemic, according to meeting notes and emails seen by ProPublica.

One U.S. embassy in North Africa reported to officials in Washington this week that the Chinese had until recently avoided bashing the U.S. in favor of boosting their own donations of medical equipment. There was one exception, they noted: The Chinese took the opportunity to highlight the U.S. decision to halt funding to the WHO. 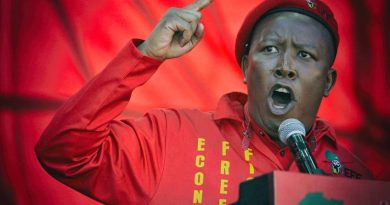 Julius Malema of South Africa Shakes Up The World 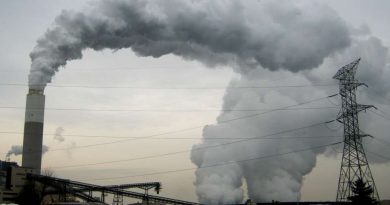 Dirty Air and Water Is Killing Us