“If you leave it to Donald Trump and Mitch McConnell we will have a Great Depression. If we had the right policy structure in place we could avoid it easily.” by Jake Johnson

Nobel Prize-winning economist Joseph Stiglitz on Wednesday offered a scathing assessment of President Donald Trump’s response to the deadly Covid-19 pandemic and warned that the U.S. economy could rapidly descend into a second Great Depression without sweeping and urgent legislative action from Congress.

“It is like a third world country,” Stiglitz said in an interview with The Guardian, pointing to the number of people in the U.S. who have been forced to rely on food banks to survive amid the ongoing coronavirus outbreak.

“We were unprepared but, even given the degree of unpreparedness, Trump’s decision to make this about politics rather than about science has meant we have responded far more poorly.”

Stiglitz, a professor at Columbia University, said America’s existing inequities and fragmented social safety net made it far more difficult for the nation to respond quickly and effectively to the coronavirus outbreak, which has infected more than 800,000 people in the U.S.

Stiglitz warned that if Trump and Senate Majority Leader Mitch McConnell (R-Ky.) are allowed to continue dictating the federal government’s response to the coronavirus outbreak, “we will have a Great Depression.”

“If we had the right policy structure in place we could avoid it easily,” said Stiglitz. “We were unprepared but, even given the degree of unpreparedness, Trump’s decision to make this about politics rather than about science has meant we have responded far more poorly.”

Congress has thus far passed three relief packages in response to the coronavirus crisis. An additional interim measure passed the Senate Tuesday and is expected to be approved by the House as early as Thursday.

Stiglitz was an outspoken critic of the $2.2 trillion CARES Act that Trump signed into law last month, warning the package would not be enough to stem massive job losses and stave off a recession. According to the U.S. Department of Labor latest data, 22 million Americans have filed jobless claims since the middle of March.

“So much wealth has been destroyed on people’s balance sheet,” Stiglitz said in an interview on Democratic Now! last month. “When the economy recovers, when the disease gets under control, people may be not in position to spend in the way that they were before. And so, it could help prolong the economic downturn, unless we take appropriate measures.” 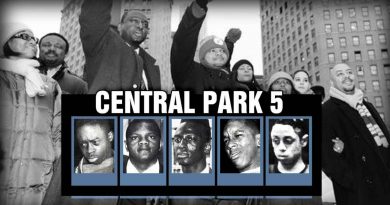